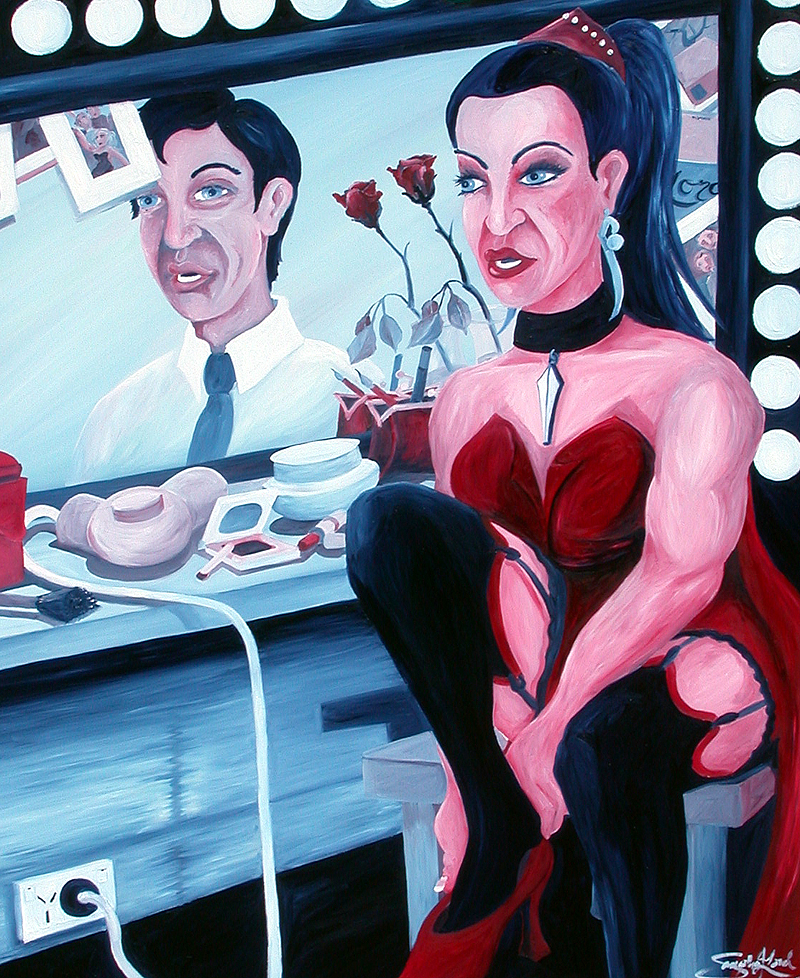 I love this painting.  Originally it was a sample painting for Carlotta she is an Australian Entertainer and is renowned as the compare of internationally renowned Les Girls in Sydney’s Kings Cross.  I lived in Kings Cross and I really wanted to paint her for Australia’s Archibald Prize (very big art show in Australia).  So I got myself to a party she would be attending.  I had my idea and no one thought I should ask her – the idea being so wrong.  But I went ahead.   So I asked her and she stopped me before I could explain my idea and told me my idea… shocked I had to get someone who knew my idea but had not heard this conversation as it was too unreal.  That happened and she was as excited as I was.  I got her number.  Called her house many times only to get her house boy and no returned phone call.  I was shattered… So I painted the showgirl with out Carlotta and for myself.